Fans attending NFL games in London over the past two years have been kept safe thanks to Stadium’s security services and HVM barriers.

The fixtures had been held solely at Wembley since the NFL started hosting matches in the UK but, in 2019, Tottenham Hotspur Stadium was added as a new venue for certain matches.

This meant Stadium had to come up with a new strategy to help keep fans safe as they travelled to and from the two very different stadiums when the games were held in October and November.

Although Stadium had deployed HVM barriers at Wembley before, Tottenham Hotspur Stadium presented a new challenge for the firm.

While Wembley features wide walkways leading up to the stadium, Tottenham’s new ground is located in the middle of narrow residential streets, meaning HVM deployment and crowd control had to be addressed differently for the two stadiums.

Stadium had to assess the road network and the pattern of crowd movement in and around Tottenham’s ground, and work out which roads had to be protected with HVM barriers.

And although Stadium had managed crowds at Wembley before, this did not mean Stadium could simply do what they did the year before.

Stadium needed to reassess their strategy for Wembley to make sure it was still providing the best possible protection for fans on matchdays.

After analysing the roads and the movement of crowds to and from Tottenham Hotspur Stadium, the firm decided to deploy HVM barriers at four strategic locations for both matches.

And for the two games at Wembley, Stadium deployed barriers at three locations around the perimeter of the ground.

The barriers were put up in the morning before the matches began, and were taken down once all the fans had completely dispersed from the two stadiums.

Each barrier was manned by Stadium staff to ensure steady crowd flow was maintained before and after each game.

The barriers and Stadium’s presence ensured all the fans were able to walk to and from both grounds as efficiently as possible, making their experience of the matchday as a whole much more enjoyable.

Fans, especially those attending matches at the Tottenham Hotspur Stadium, would sometimes approach security staff manning the barriers asking them what they were for.

It was explained to them that the barriers were used to prevent vehicle ramming attacks while also allowing fans to pass through easily.

Many of the fans who asked were very pleased that the event organiser for NFL had decided to invest in such measures.

Ultimately, the barriers did their job for all four matches – no incidents were recorded and fans were able to arrive at and depart from the two grounds with ease. 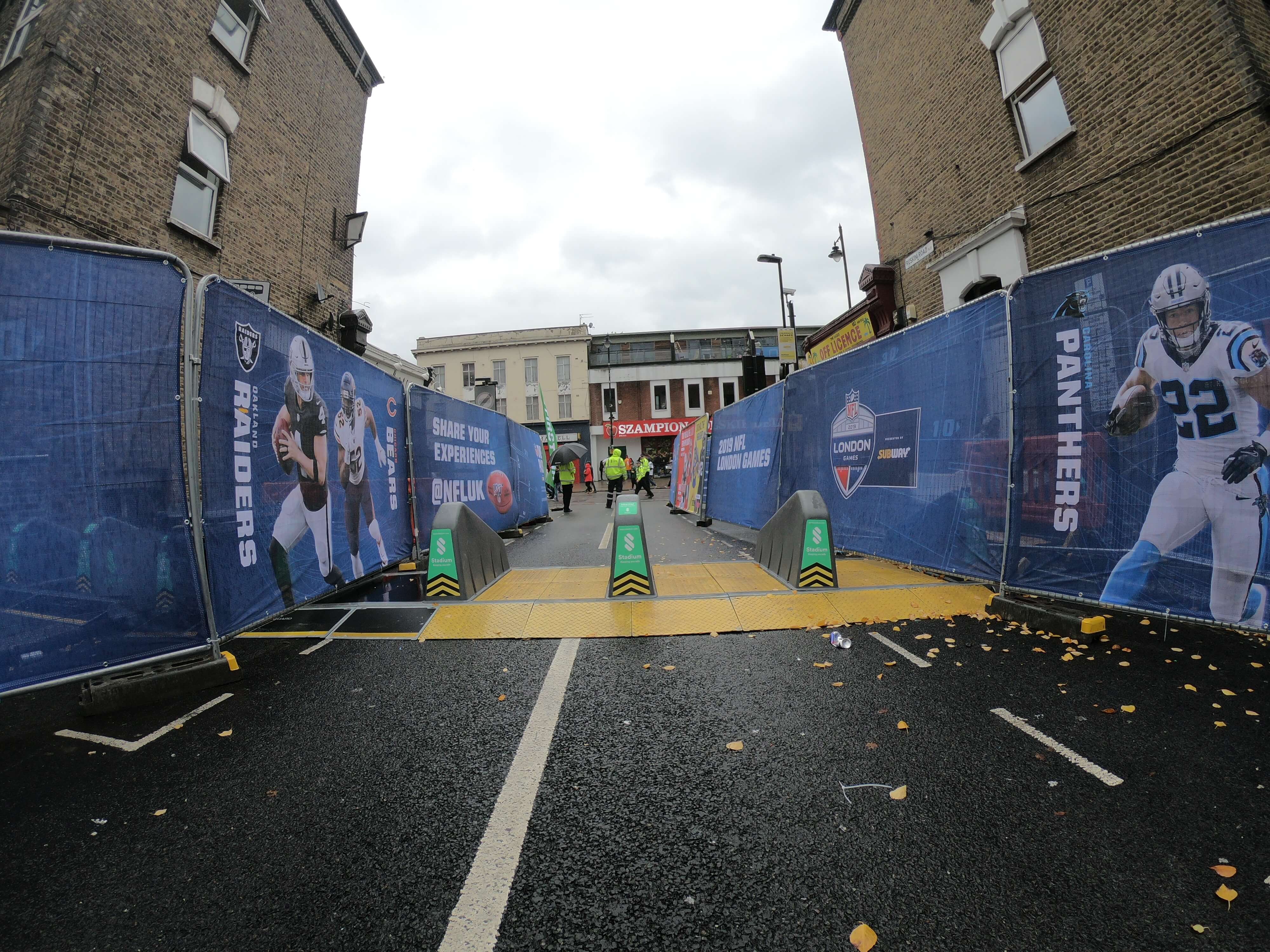 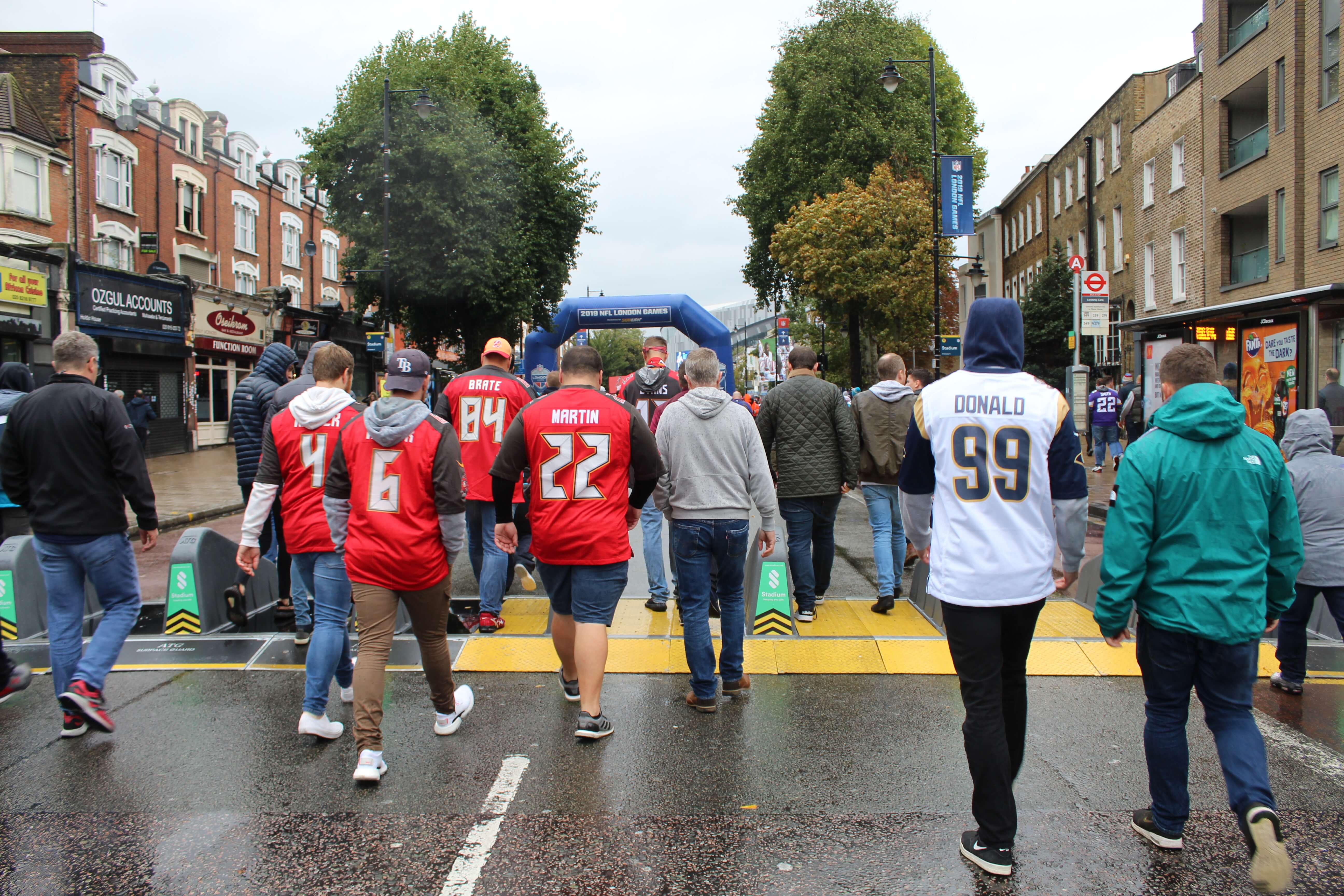