In 2019, Stadium helped protect fans at the iconic ‘Home of Cricket’ – Lord’s – at five key matches during the summer.

Stadium was tasked with providing hostile vehicle mitigation (HVM) barriers during four matches in the Cricket World Cup, and the Second Test of the 2019 Ashes between England and Australia.

Stadium has great experience in providing HVM barriers at football matches for many large teams in the UK, as well as at public events such as music festivals and Christmas markets.

However, this was the first time Stadium had deployed its barriers at a cricket ground, which presented a new set of challenges for the firm.

Lord’s Cricket Ground is located in a residential area in Central London, meaning it was very important to work with the needs of local people.

Stadium’s staff had to make sure all fans entering and exiting the ground were kept safe through their HVM barriers, while also ensuring they got in and out as quickly as possible to minimise disruption to those living and working in the area.

There were also challenges relating to the two different styles of matches Stadium was hired to cover.

The Cricket World Cup fixtures were all one-day games, which meant Stadium simply had to make sure everything went right for one day.

But the Ashes fixture – a traditional Test match – ended up lasting for five days, which meant Stadium had to make sure there were enough staff members to cover the five days and to stay vigilant throughout.

Both the Cricket World Cup and The Ashes attracted fans who are not originally from the UK, let alone London.

This meant Stadium’s stewards also needed to have excellent local knowledge about where the nearest Tube stations were, key locations within Lord’s such as the ticket office, and other important information.

Stadium worked directly with Marylebone Cricket Club (MCC), who run Lord’s Cricket Ground, to make sure they understood where the chokepoints for people and vehicles were likely to be before, during and after the matches, and therefore where the best places to deploy HVM barriers would be.

After their discussions, Stadium deployed ATG Access Surface Guard barriers at two key strategic points for both matches to allow crowds to flow and provide access to authorised vehicles only.

These were installed on the two roads adjacent to Lord’s cricket ground and both deployments were manned by experienced Stadium staff during each match.

Stadium’s staff also provided help to fans who needed directions to their seats at Lord’s, or to the nearest bus stops and Tube stations when they were leaving the ground.

When the matches had finished, Stadium were able to disassemble the barriers very quickly and pack them away, meaning residents living near the ground were able to get back to normality.

MCC were very pleased with the fans’ experience at each Cricket World Cup match and the Ashes fixture thanks to Stadium’s professionalism before and during the matches.

Fans were kept safe during every game, and were able to enter and exit the ground smoothly thanks to Stadium’s staff giving them clear guidance.

And local people were satisfied with the low level of disruption despite the large number of fans attending each fixture.

“In 2019, we worked with Stadium for the first time to provide a Hostile Vehicle Mitigation (HVM) rental solution at Lord’s Cricket Ground for the ICC Men’s Cricket World Cup and the England v Australia Test match. Stadium provided us with temporary HVM barriers at two locations for all five events for perimeter security and crowd protection from potential vehicle ramming attacks. Both barriers were manned which allowed access to emergency and VIP vehicles and service providers in approximately 30 seconds. The HVM teams also provided excellent customer service to fans and visitors by providing help with directions to the ticket office and on-site facilities as well as general enquiries from the local community.” 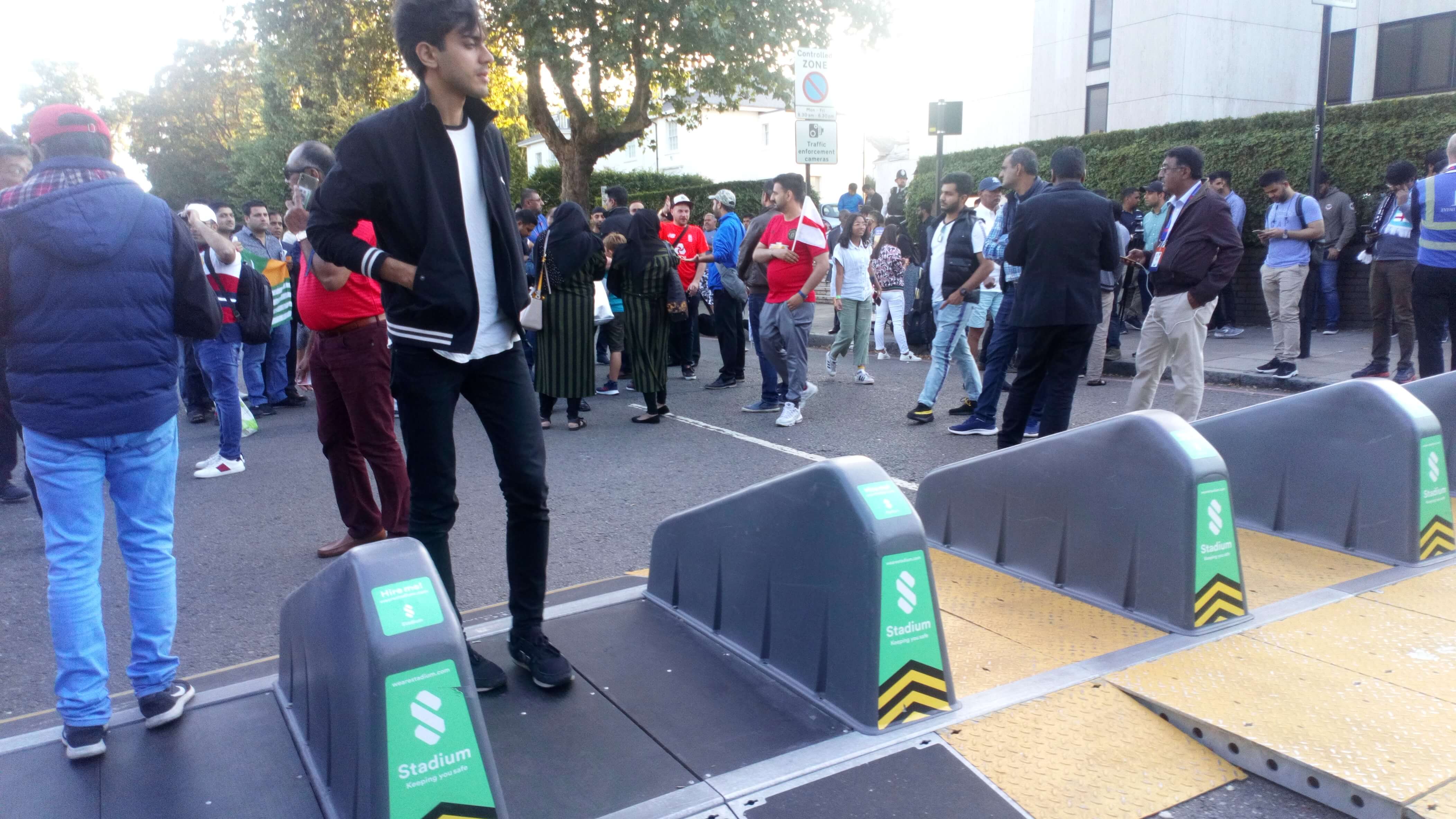 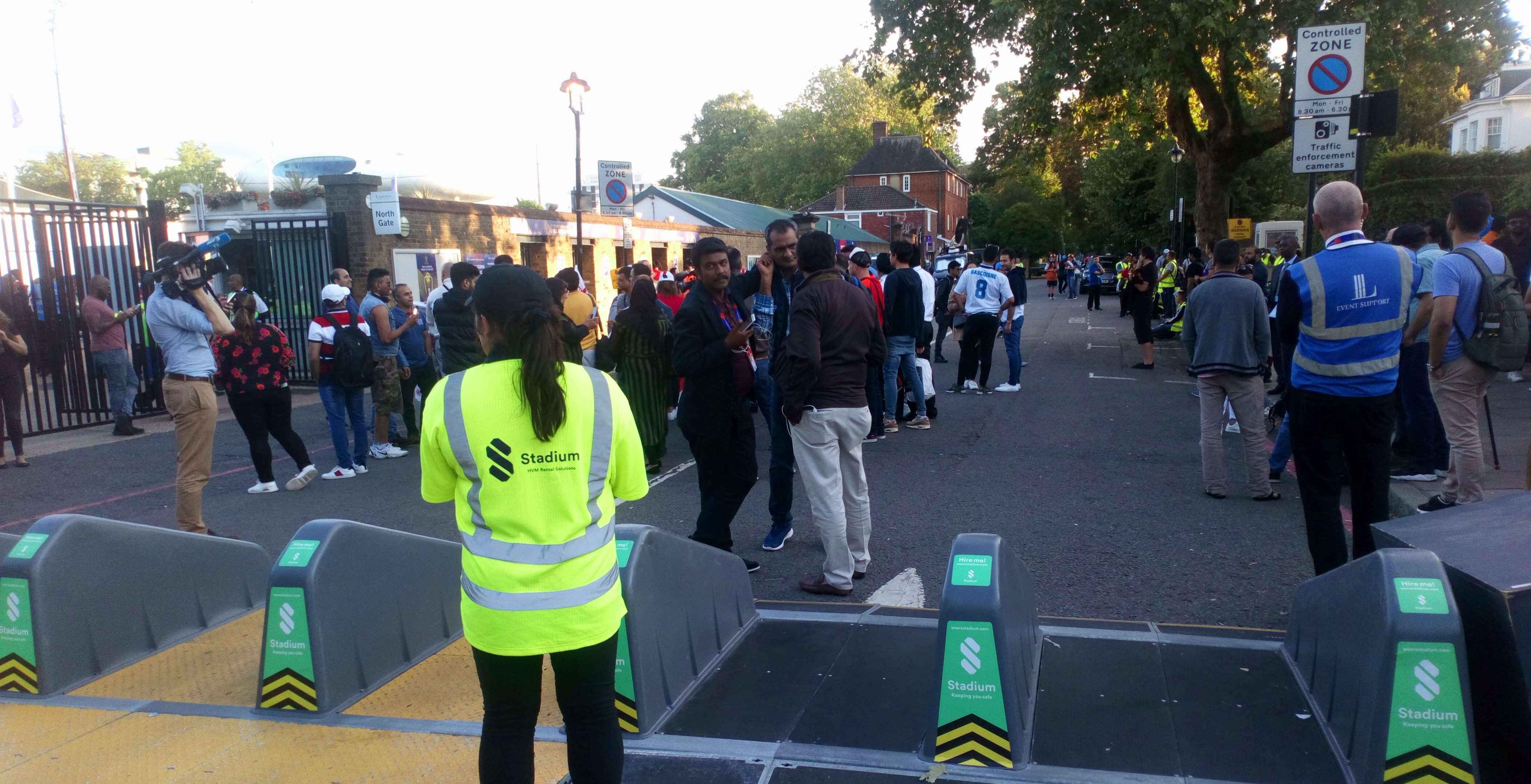 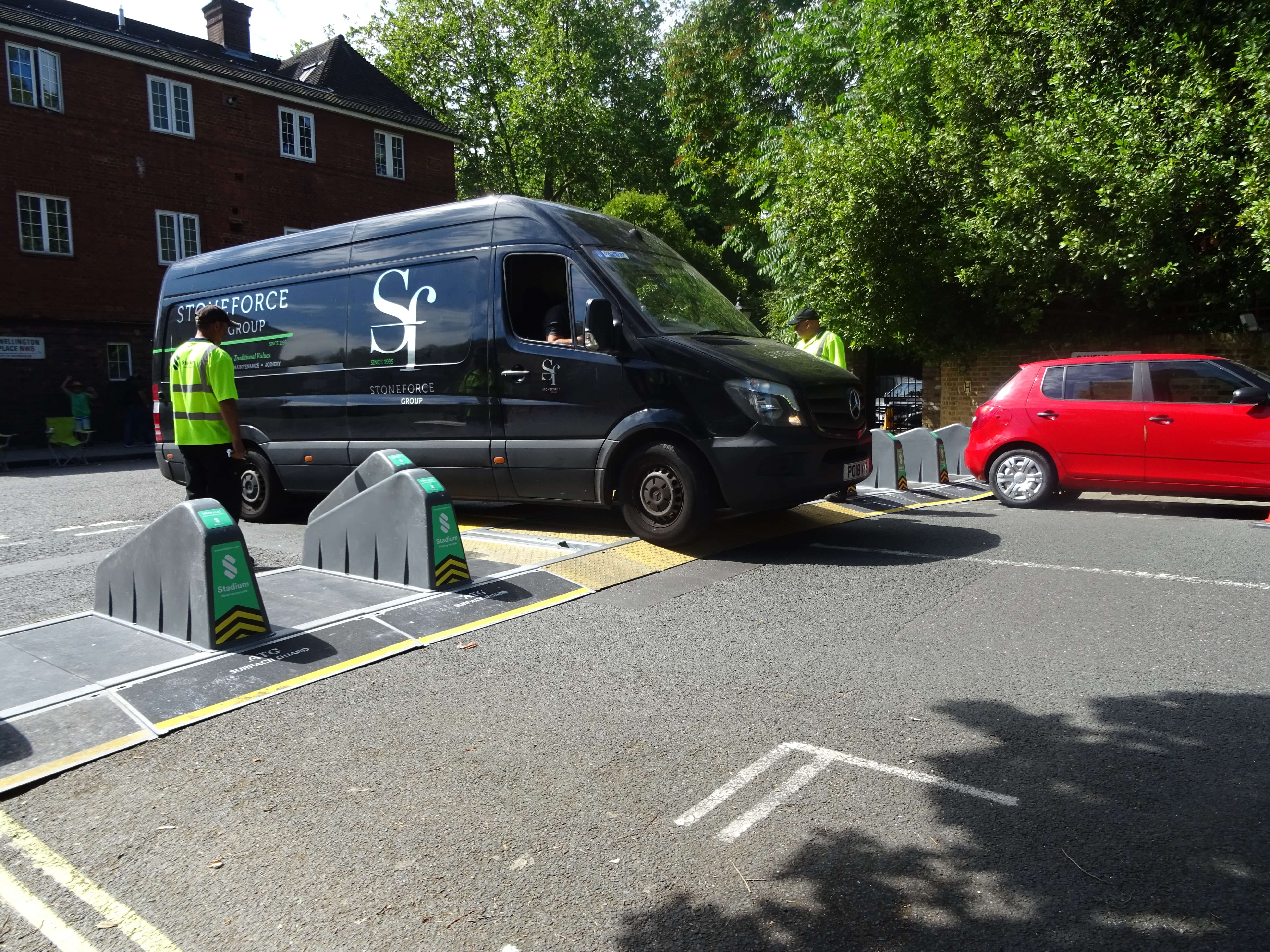