When Wolverhampton Wanderers FC were promoted to the Premier League in 2018, Stadium was hired by the club to provide security for their promotion parade after having worked with the club since 2017.

Initially, Stadium were hired by the club to provide stewards and SIA security personnel on match days, but were soon asked to provide a traffic management strategy on match days also.

Due to Stadium’s success in keeping Wolves fans safe on match days and improving their overall experience, City of Wolverhampton Council hired the firm to provide security and barriers for its promotion parade.

When Wolves were promoted to the Premier League, the club wished to share their success with their fans by having the team parade around Wolverampton City Centre in an open top bus.

Around 80,000 attendees were expected to turn out to watch the parade, so it was crucial Stadium developed an effective strategy to make sure the team and everyone attending enjoyed the event in safety.

It was important to block off the bus’s route from vehicles, while also allowing fans to get relatively close to the bus so they could cheer on the players and enjoy the event.

The bus also had to follow the route at a certain speed for the safety of the crowd, which was another challenge for Stadium.

Finally, it was crucial to ensure fans leaving the parade once it was over did so in a safe and efficient manner.

After meeting with both Wolverhampton Wanderers and City of Wolverhampton Council to discuss the route, it was clear a lot of protection was needed to keep fans safe.

Stadium had to deploy a record number of hostile vehicle mitigation (HVM) barriers across the route to secure it – 130m of ATG Access Surface Guard barriers were deployed in six strategic locations in the city centre.

This meant unauthorised vehicles were unable to access the route, but fans on foot were still able to get relatively close to the bus and the players so they could cheer their success.

It also prevented fans rushing around to see the parade, which could have caused safety issues.

Once the parade was over, Stadium’s experienced stewards ensured fans dispersed in an orderly and safe manner, preventing any serious crowd build-up which could have presented safety issues.

And when all fans had safely left, Stadium was able to dismantle the barriers and pack them away very quickly, meaning Wolverhampton city centre could get back to normal as soon as possible.

The parade ran incredibly smoothly thanks to Stadium’s preparation and its effective deployment of HVM barriers.

All fans were able to easily see the players and enjoy the day, which contributed to a fantastic atmosphere.

Fans were able to leave smoothly thanks to Stadium’s stewards making sure there were enough exit points.

“Stadium are well known in Wolverhampton for their valuable work ensuring that football fans can safely access the Molineux to watch Wolves play. When we began planning the parade to celebrate Wolves winning the Championship, it soon became clear that we needed the services of a traffic management company. Stadium's demonstration of their ATG Access Surface Guard system and experience in open-top bus parades reassured us that they would help protect the 80,000 people who attended the event. We’re very grateful to Stadium for their hard work and fast responses to the quickly changing plans.” 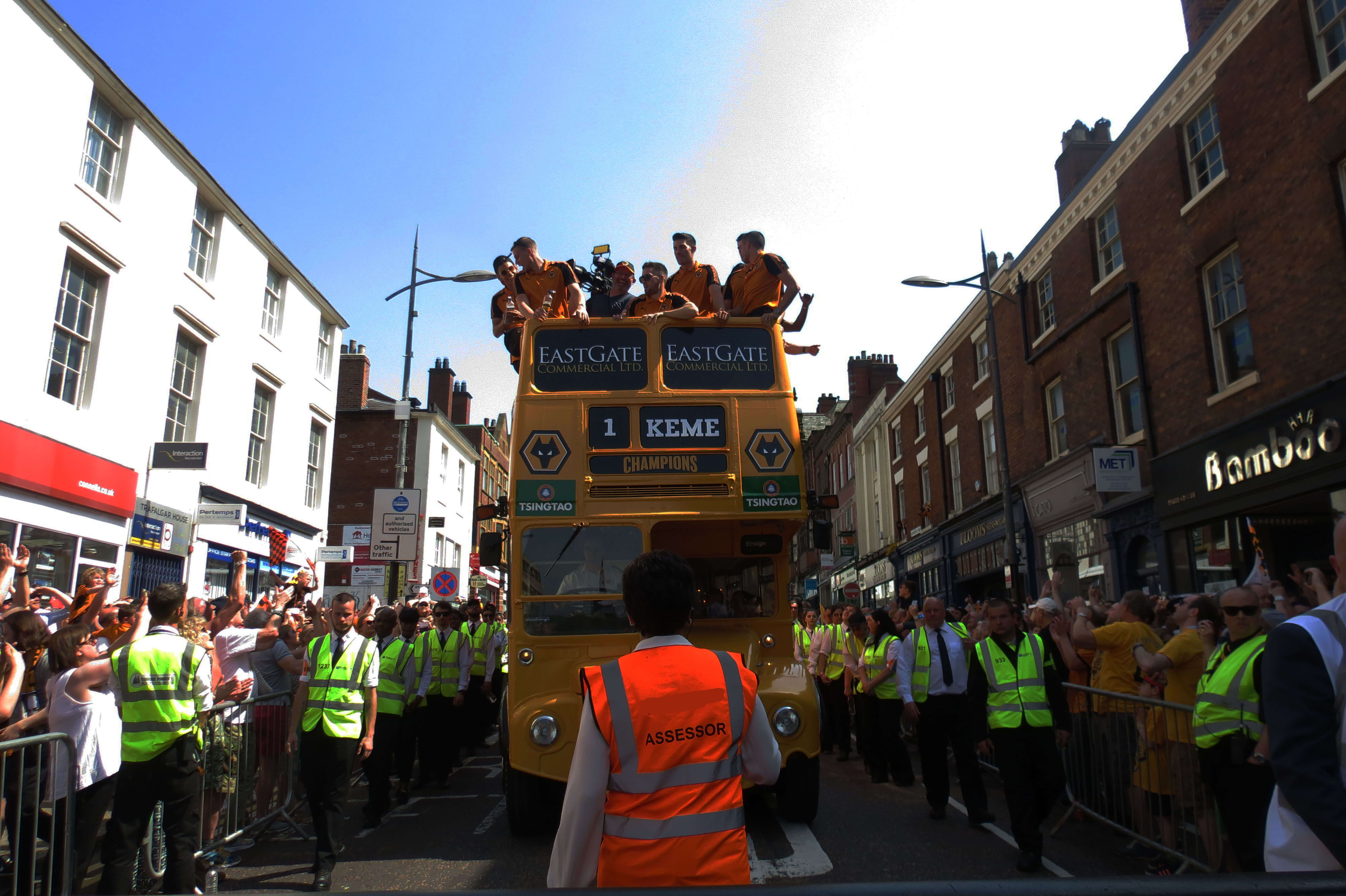 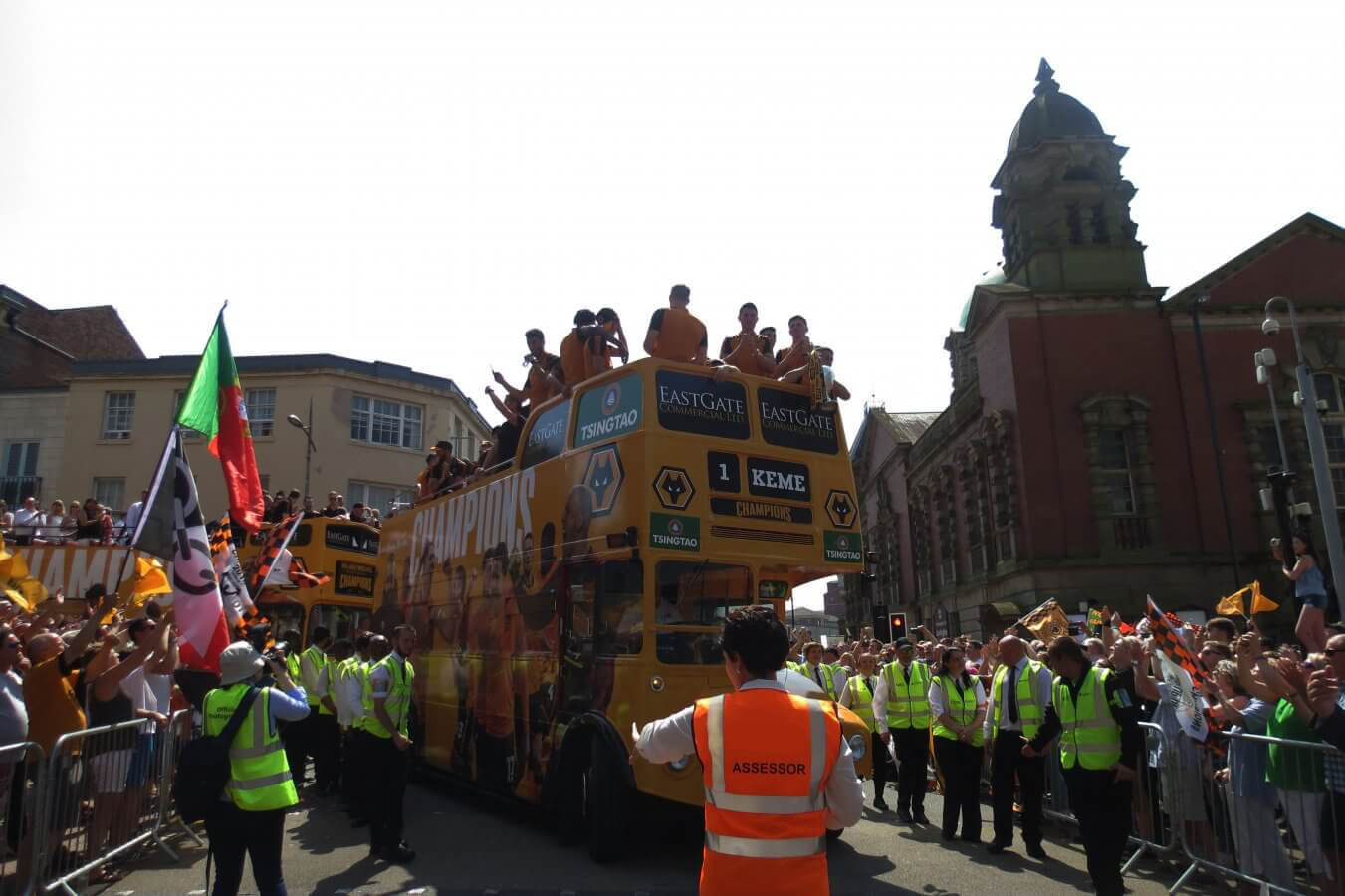 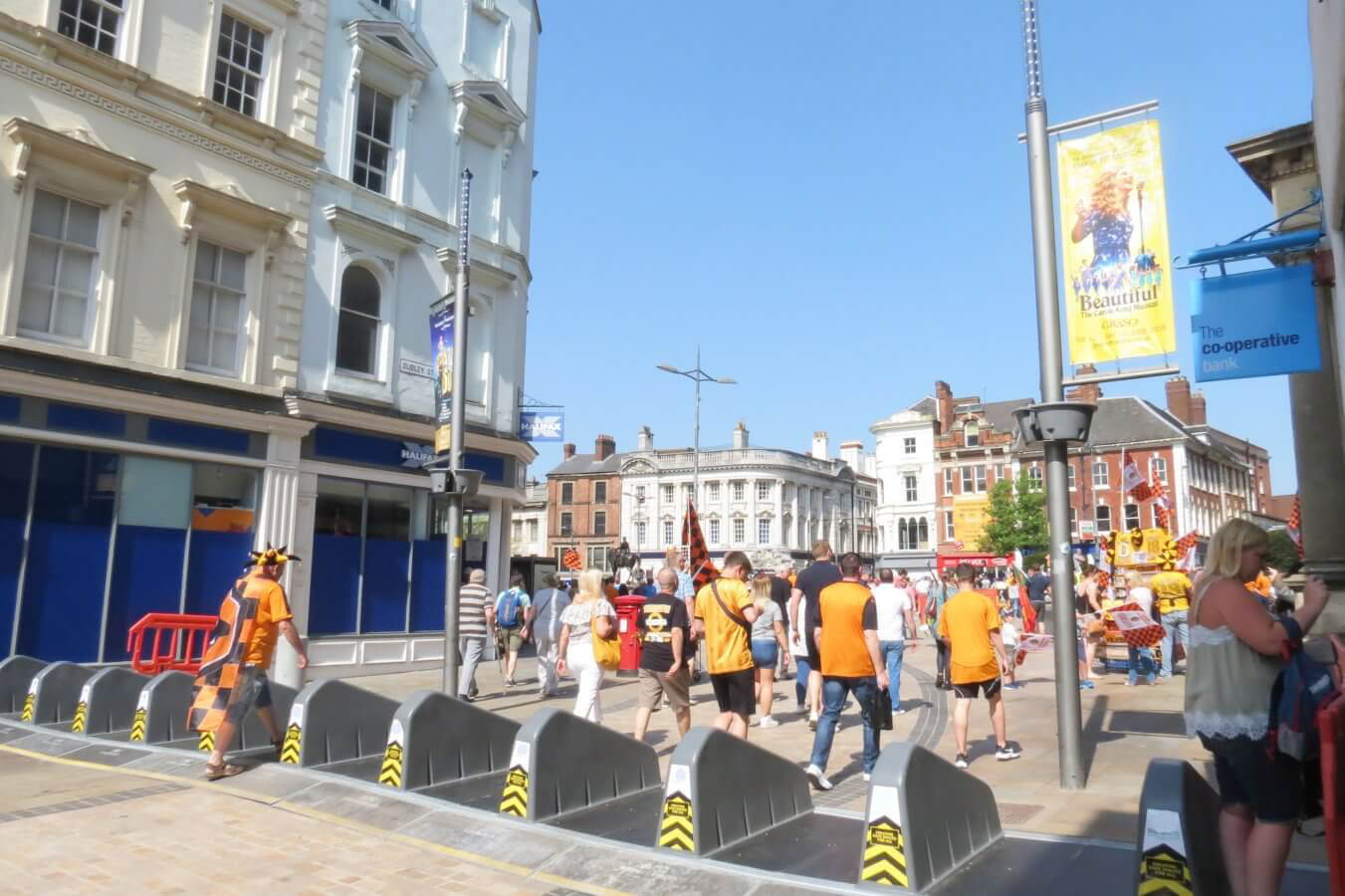